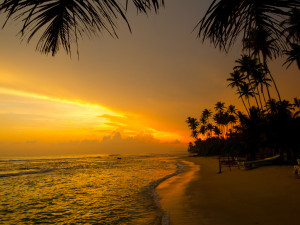 Arrival to Sri Lanka and transfer to Negombo

As we welcome you to this wonderful paradise, your guide will escort you to your hotel in Negombo.

The town of Negombo with its modest beach stands in pride for its many and major attractions. The city with a Dutch and Portuguese influence have made a great impact on the modern city. As major attractions the city presents the golden sandy beach experience letting you relax at peace. Walk through the famous local fish market which resembles the city’s many popular restaurants. The sumptuous local lobsters, crabs, prawns and shrimps dishes would only make your stay longer. Multicultural society in the city has paved the way to the encouragement and preservation of diversified religious beliefs and attractive places as Angurukaramulla temple and St. Mary’s church.

Spend overnight at your hotel preparing for an exciting tomorrow. 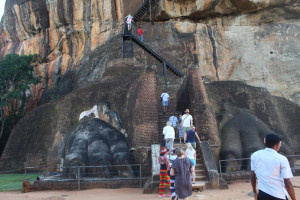 After breakfast depart from Negombo to Sigiriya via Pinnawala.

As you enter Pinnawala, feel for the lonely orphan elephants who are impatiently seeking your attention. While at Pinnawala, you will be given the opportunity to observe these orphan elephants daily routine and care for them. Bottle feed them, play with them and bathe them at the river. As you enjoy these momentous experiences, capture to keep them attached to your life.

Next you will proceed to Sigiriya, where the imaginary land lies. Sigiriya which is a pictorial site was once an ancient kingdom ruled by King Kassapa who transformed the Sigiriya rock to a gorgeous palace. The king who murdered his own father fled to Sigiriya palace with guilt. He built his imaginary palace and converted in to a master piece which attracts plenty of tourists a year. The rock fortress includes, frescoes, sculptures, archaeological sites, gardens and ruins at present. The site is a UNESCO world heritage site.

Enjoy an elephant back ride in the afternoon.

Spend the night at a Hotel in Sigiriya. 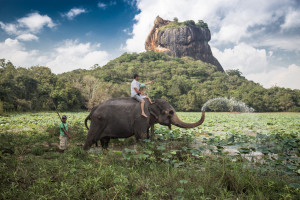 Enjoy your breakfast and proceed to the ancient kingdom of Polonnaruwa. Having ancient tales to narrate with ruins as proof, it’s impossible for anyone to skip being excited and thrilled.

Polonnaruwa is a major historical site which has plenty of interesting places to visit. As an ancient kingdom it bears witness to several civilizations which let you witness the ruins of a garden city where palaces and sanctuaries were bound by a tripled wall. Some attractions commonly seen in Polonnaruwa include monuments and sculptures, ruins of palaces, wall paintings belonging to the 13th century illustrating a jataka story and popular temples as Lankatilaka, Gal Vihara, Rankot Vihara, Vatadage. Parakrama Samudraya is another major attraction to the city. Minneriya National Park lets its visitors gather worldly knowledge about the wild life of Sri Lanka.

Rest and relax back at your hotel in Sigriya after a tiresome yet an enthusiastic day outing at Polonnaruwa. 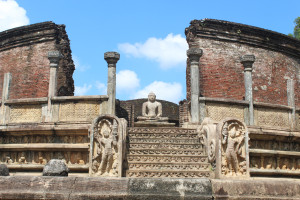 Pack up and prepare to depart to the Royal city of Sri Lanka. Prepare yourselves to enjoy the road trip to Kandy passing amazing and breathtaking views throughout.

Your first stop at Dambulla Cave Temple would be an amazing opportunity to witness the insight of rock temple. These caves were home to King Valagamba for 12 years who hid for his safety from enemies. To show his gratefulness, he converted the caves to remarkable Buddhist temples inclusive of monuments and seventy three images of Lord Buddha. The five caves named “Cave of Gods”, “Cave of great kings”, “Cave of great new temple”, “Cave of Western temple” and “Cave of new temple”. It has been noticed that many monks over the decades have been meditating in and around these caves.

Next visit the Spice Garden in Matale and capture all those endemic spices our farmers grow. With a history of quality spice exports, we have preserved our traditions passed down from generations. Thus, spice garden of Matale is considered as such a result. It is also essentially been used to Authentic Sri Lankan dishes regularly. Take a walk around the spice garden and notice spices as black pepper, ginger, red chillies, cinnamon, cloves, nutmeg, cardamom and vanilla as major spice plantations.

Call it a day with all exciting experiences gathered and spend over night at Kandy, the Royal city preparing for yet another cheerful tomorrow. 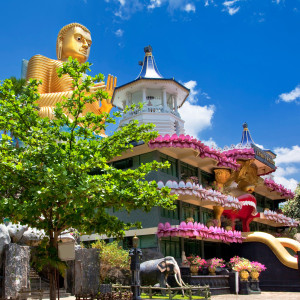 Kandy which is the hill capital of Sri Lanka and which was once the Royal kingdom serves as a vital city for all Sri Lankans. Traditions, rituals are customs are held annually followed by the very famous “Kandy Procession” as a tribute and an encouragement for the new generation. Temple of the Tooth, Kandy is the sacred temple for holding the tooth relic of Lord Buddha. One might be entertained by visiting the cultural shows in the city. Shop all best brands at Kandy City Center and meander around the Lake of Kandy. Take home some souvenirs to remember the momentous tour to Kandy. The underlying Royal beauty of Kandy with enchanting and breathtaking places of interest to visit would drift you to a magical paradise.

Spend a peaceful night at your hotel in Kandy and enjoy.

Enjoy breakfast and leave to a most exciting tour destination of Sri Lanka. As you travel to Nuwara Eliya which is also famous for its never ending charm and beauty, capture a captivating and mind blowing nature like never before. Take a walk on the magical city of Nuwara Eliya while tasting the best ripped strawberries. 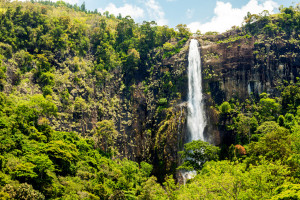 While in Nuwara Eliya visit many places of interest to keep you energized, relaxed, entertained and lively. Some of the many interesting places include, tea trails and tea factories, tall and pure waterfalls, nature walks, cycling, mountain hiking, golf playing, horse and pony riding, canoeing and boat riding, visit fresh vegetables and strawberry farms and explore the unbelievable nature at relax while capturing panoramic views that touch your heart.

Spend the nights cuddled down amidst of the cool breeze at your space feeling the contentment throughout.

Enjoy the day out and spend the night at your hotel in Ella. 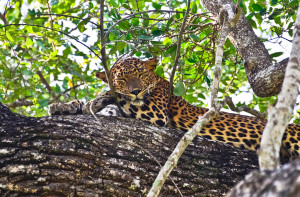 Prepare for a thrilling and an exciting day out after your breakfast at hotel.

Your next tour would be to visit the Yala National Park which is ranked as the second largest national park in Sri Lanka. Don’t neglect the opportunity to witness amazing wild life animals, flora, trees, birds , reptiles and varieties of fauna. This would be your time to savour the excitement of nature. The national park is most famous for its Leopard density as well as preserving mammal varieties as high as to fourty four.

Let the calming sounds of nature relax you.

Stay overnight at your hotel in Yala. 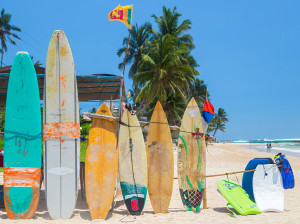 Next tour stop would be in Mirissa. Popular for its clean beach with the golden sunset lets all guests to enjoy for amazing four days. Enjoy the best beach vacation as well as taking part in many beach games as beach volleyball, swimming, diving, scuba diving, boat riding, jet skiing, watch deep sea fishing and many more.

Whale watching is considered as the major attraction at Mirissa beach.

Spend the nights at your hotel in Mirissa.

You will then be taken to the city that’s known as the unmissable destination in any Sri Lankan tour. Galle is also famous as a trade spot from ancient past. Salty winds, the exotic scenery and the remarkable scent of spices invite you in to experience its unique hospitality. Some of the major attractions in city include national museum, Galle light house, Galle fort with numerous boutique shops, spice garden and many beach fun activities. 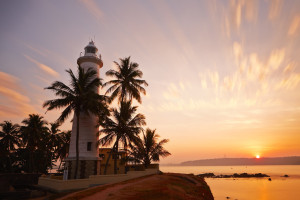 Visitors also get the opportunity to witness turtle hatchery which is considered as a major attraction.

Enjoy the day and spend the night at your hotel in Mirissa.

Enjoy breakfast at hotel and leave to have an exciting city tour in Colombo.

Colombo which is the capital city of Sri Lanka is a definite place to visit. The socialized, well maintained city is not just popular as a commercial hub. There are major entertaining activities and places of interest to see. Few of the many interesting places include Colombo Dutch Museum, harbour, arts gallery, parks, Galle Face Green, popular temples, churches and kovils, The National Zoo, shopping complexes and mouth watering delectables. The city tour is assuring to be interesting by the minute. 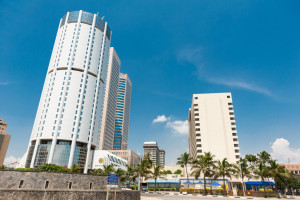 Have fun and stay at your hotel in Colombo.

Finally time has arrived to bid goodbye and depart. You will be transfered to the Airport post breakfast with the hope of seeing you soon.

Tour package does not include