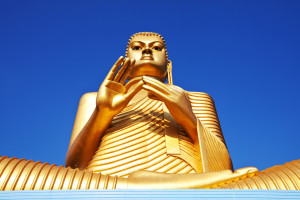 With a heritages history of more than 2000 years, our Island of Sri Lanka has proudly preserved the religion of Buddhism after the Parinirvana (Death) of Lord Buddha. With a Buddhist population of nearly 74%, the unmatched history of Sri Lanka witnesses the ruins of historical events from past in our heritages sites of Kandy, Anuradhapura, Polonnaruwa, Sigiriya, Dambulla and more. The culture which is impacted by the massive historical and religious values dominate majority of the population. Thus increased the percentage of tourists attracted to witness these values and beliefs during the recent past.

Upon arrival, you will be transferred to your hotel in Negombo where you will rest and relax prior to commencing your spiritual tour.

Post breakfast, you will be heading to Anuradhapura which was once a kingdom and now a capital. You will see well preserved ruins belonging to ancient Sri Lankan history. The places you will see include,

Jayasrimaha Bodhi – Residing in the Mahamewna Gardens, this sacred fig tree is the southern branch from the Mahabodhi at Bodh Gaya in India. This miraculous complex of the Bodhi is believed to fulfil the prayers of the needy. People from every corner of the world including many locals visit this sacred grounds to pay homage annually. Annual Pooja is performed followed by traditional customs. 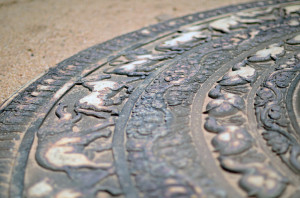 Ruwanweliseya – This sacred stupa is a famous ground for Buddhists all over the world. This stupa is enshrined with two quarts of Lord Buddha’s relics which is considered as the largest collection on the island. Built by king Dutugemunu upon his victory is now a major religious attractions and the world’s tallest ancient monuments in the world.

Jetavanaramaya – Residing amongst the ruins of Anuradhapura, this stupa was the third tallest structure in the world by the time it was built.The stupa is still the largest which has housed 10,000 monks to date. Designed in a unique shape of an ellipsoid, the stupa is a fine constructions of crushed dolomite, limestone, clay and bricks.

Lankaramaya – The renovated stupa from ancient times leaves behind less trails of its origin. With its ruins from the site, there’s no doubt to have had a house (Vatadage) encircling the stupa to safeguard it.

Nellikulama Temple – This beautiful temple which was built in 2006 resembles the 500 followers of Lord Buddha with its 500 disciple statues built in line.

Abhayagiri Vihara – This extensive vihara gives a glow even at a distance with its constructions of burnt clay bricks. Reaching a high state of prestige and importance, it is now an international institute influencing Buddhist philosophy.

Samadhi Buddha Statue – The 7ft 3 inch tall statue carved from dolomite marble resembles Lord Buddha’s posture in his first enlightenment is also regarded as one of the finest Buddha statues in the Island.

Thuparamaya – The bell shaped dagoba was destroyed time to time and is paved with fine granite in its last renovation. The stone pillars around the dagoba is a proof to have had a vatadage in ancient times.

Kuttam Pokuna – The twin ponds from ancient timesis an absolute proof of skills in hydrological engineering and architecture at the time.

Mirisawetiya Vihara – Spreading over 50 acres, this memorial stupa holds possession of Lord Buddha’s relics. Built by King Dutugemunu, this stupa has its own tale. Today, it’s a famous religious place for offerings and worshiping. 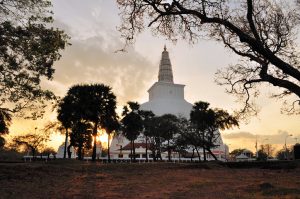 Isurumuniya – Situated near the Thissa Wewa, the temple holds carvings of Isurumuniya lovers, Elephant pond and the Royal family at the time. This is also the sacred grounds of King Ravana.

Avukana Buddha Statue – This standing statue of Lord Buddha which is more than 40 ft in height is a result of a master and a pupil’s competition. This huge statue is carved out of a granite rock and is a major attraction.

Lovamahapaya – The bronze tiled roof building is situated between the Ruwanweliseya and the Jayasrimaha Bodhi. Believed to have had the building plan brought from heaven, there a 1600 stone pillars in the compound which had taken six years for completion. This building was also used to recite confessional sutra every full moon.

Overnight stay at your hotel in Anuradhapura. 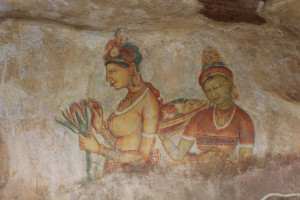 Post breakfast, you will be enjoying a day tour in Sigiriya with much to discover. In Sigiriya you will see the Sigiriya Rock Fortress and the Dambulla Cave Temple.

Sigiriya Rock Fortress – This ancient column of rock which is nearly 660ft high is a significant archeological and historical attraction. Built by King Kashyapa as his imaginary paradise (capital), Sigiriya frescoes play a vital role in adding color to the fortress. Upon king’s demise, the capital was abandoned and eventually transformed to a monastery which is now a UNESCO heritage site.

Dambulla Cave Temple – This is the largest cave temple in the Island. Although there are over 80 caves in the complex, main attractions spread in five caves. A total of 153 Buddha statues and other statues of Gods and kings are resemblances of true historic value.

Spend your night in Sigiriya. 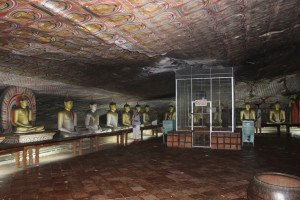 Prepare yourself for an exciting day tour around Polonnaruwa that includes the world heritage site and more places of historical value. Places you will visit in Polonnaruwa include,

The World Heritage Site – the city of Polonnaruwa was declared a world heritage site in the 10th century. It was the capital of Chola post invasion. It is the second ancient and a large kingdom after Anuradhapura. With many ruins from the past, the city let us relive those moments.

Vatadage – Dating back to Polonnaruwa kingdom, this Vatadage is ‘the finest’ of all and defines its purpose well. Built for the protection of the small stupa, the circular shaped Vatadage with many stone pillars around and an entrance with ‘Sandakada Pahana’ defines architecture at its best back in time.

Lankathilaka Vihara – Built on a natural rock with an influence of South Indian architecture, the image house is the main attraction with Singhalese sculptures and paintings on its walls. Although the 8 storied image house mansion just remains with 3 today, the outstanding architectural features yet draws every bit of attention.

The Royal Palace – Built by King Parakramabahu 1, the said 7 storied palace is only a crumbling remain today. The palace still holds on to few remains which is proof of great engineering skills back then.

Rankoth Vehera – Built in accordance with the traditions of the stupas in Anuradhapura mahaviharaya, this vehera is a close resemblance of the Ruwanweliseya. Made entirely out of brick, this sacred ground holds tons of flower offerings. 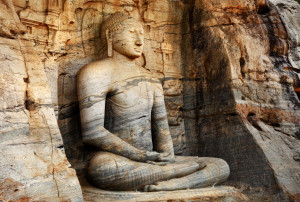 Pothgul Viharaya – Considered as the oldest library in the country, this ancient ruin is built in a circular structure entirely by bricks. There are remains of four stupas in the premises. 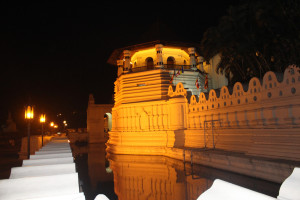 Today will be a city tour in the golden city of Sri Lanka; Kandy. With never ending tales, the royal city upholds its reputation and pride throughout. Places you will visit include,

Matale Aluvihare – This magnificent cave temple is honored for first writing the Pali canon completely on palm leaves. There are images and paintings of hell punishments and Himalayan Mountain range and a sleeping Buddha statue.

Temple of the Tooth – This sacred temple is located in the former Royal palace complex and originally it was used for king’s recreational activities but later was offered to the tooth relic. This mind blowing temple is a peaceful and sacred grounds to worship and pray anytime.

You will enjoy a city tour in Kandy and later rest and relax in your hotel.

Post breakfast you will be heading to back to Colombo and you will stop at a few temples for viewing.

Kelaniya Raja Maha Vihara – This ancient temple is believed to have had gem studded throne at the original stupa where Lord Buddha used to sit on and preach. It is also famous for its image of reclining Lord Buddha. 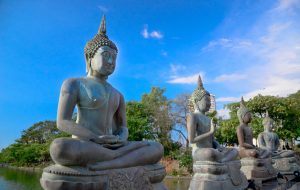 Gangaramaya Temple – Located in the Beira Lake, this glorious temple is a blend of modern and ancient architecture including a Sri Lankan, Thai, Indian and Chinese touch. It is both a place of worship and an educational center. The temple takes part in much of charity work.

Post breakfast you will enjoy a short city tour in Colombo before you will rest and relax and prepare for your departure.

Tour package does not include